THE FOODIE GUIDE TO SUSTAINABLE COOKING

If you love feasting on fish, our guide to finding sustainably sourced seafood will help you make sure you’re eating ethically as well as deliciously. We’ve spoken to the Marine Stewardship Council and Seafood Scotland to reel in the facts about our fish and learn the best way to find sustainable fish and shellfish.

Once you’ve found the best quality seafood, make sure you make the most of it with one of our range cookers – just the thing for cooking superb seafood.

What to look out for when buying fish and seafood

As consumers, how can we make sure the fish and seafood we are buying are good quality and come from a sustainable source?

The Marine Stewardship Council (MSC) uses science-based methodologies to set the standards for sustainable fishing practices around the world. The MSC reports that a third of global fish stocks are depleted or being overfished. Many species of fish popular in the UK, like tuna, are currently being fished unsustainably. But, says the MSC, there are steps we as consumers can take to improve the health of our oceans and keep enjoying the fish we love in a supportable way. 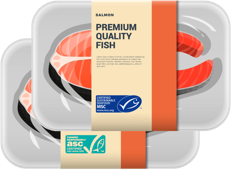 What labels should I look out for when buying fish and seafood?

You can find more information on fish and seafood labelling from SeaFish.org. 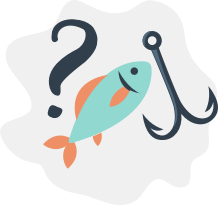 What questions should I ask when buying fish and seafood?

When did the fish arrive? When and where was it processed? Is it fresh or defrosted? How many more days of shelf life does it have?

TIP: Frozen fish and seafood are just as good as fresh!

It can be a great alternative and a delicious substitute for fresh items that are out of season.

Farmed or wild: how to know?

Some seafood, such as oysters and Atlantic salmon, are only farmed; while others like prawns are both farmed and wild caught. Fishmongers and supermarkets often label farmed seafood, but if you are not sure, just ask.

Shoppers often have confusion over whether salmon is wild or farmed. Farm raised salmon tend to have more fat than the wild ones, thus look rounder. The wild salmon fillet tends to be redder in colour, while the farm raised one is more "orange" and less red. 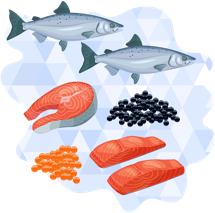 Get to know your local or supermarket fishmonger

Most supermarkets and fishmongers are great at advising shoppers on how to buy quality seafood. But in a nutshell – follow your nose! Ask about their fish sourcing policies and more importantly, how they implement them. Look at websites for information and any commitments and targets. It’s also always worth checking if there is information to support progress against any set targets.

It’s a myth that we need to avoid popular seafood to eat more sustainably.

There is no such thing as a sustainable species – it depends on how and where it is caught. Mussels from Scotland and Wales have been rigorously checked by scientists and have been reviewed by independent auditors on behalf of the MSC.

Seafood Scotland is known for its credibility in the seafood industry thanks to a hands-on approach and high level of expertise and credibility. It is a non-political organisation dealing with all species of seafood. They work throughout the supply chain from fishermen and fish/shellfish farmers, right through to the final consumer.

Pay attention to labelling when you purchase seafood, look out for catching location and method – ask your fishmonger for information on the species.
Be aware of seasonality and buy fish in accordance – this ensures you will receive the fish when it is at its prime and not when the fish is juvenile or spawning.

The Marine Conservation Society (MCS) has a guide to the most well-known sustainable fish. To get involved in sustainability on a local level, purchase from your local fishmonger, learn about the species on offer and their seasonality. Look out for indications of locally sourced seafood on menus and at restaurants or ask your chef where the seafood comes from. 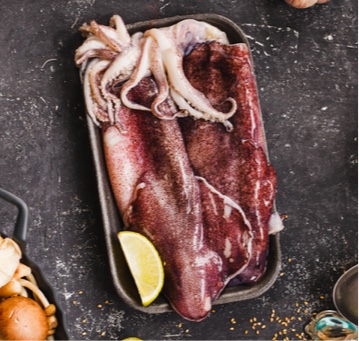 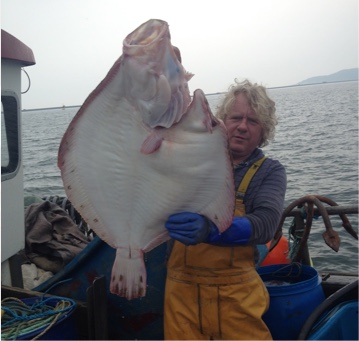 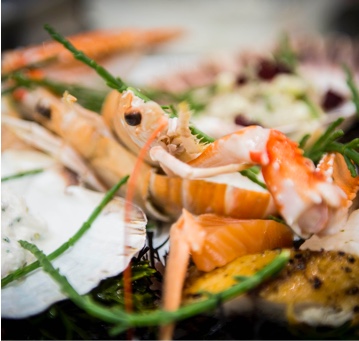 Try something a bit different

Shopping for underutilised species will help take the pressure off more traditionally popular species such as cod and haddock. With over sixty species of seafood in Scotland’s waters, there are quite a few that are underrated and underappreciated. Hake is an excellent fish that is underutilised in the UK but very popular in Europe – it offers a great alternative to more popular whitefish species. Saithe – otherwise known as coley - is another underutilised whitefish which is abundant in all waters around Scotland. When it comes to flatfish, Megrim caught on the continental shelf to the north and west of Scotland is highly prized in Spain and Europe, but far less appreciated in the UK. These are just a few examples – trying new species and exploring alternatives is a great way to learn about new, delicious and nutritious alternative seafood choices.

Should we be concerned about
“The Big 5”?

The MSC points out:

There are five species that make up 80% of the fish we eat in the UK: salmon, prawns, tuna (canned), cod and haddock.

Fish consumption in the UK is still concentrated around the big five – that’s OK if they are certified sustainable, so shoppers just need to look for the MSC Blue Fish label. This means it comes from fishers that have been independently certified to the MSC’s scientific standard for environmentally sustainable fishing.

In 2018, a YouGov poll carried out by the MSC found that 88% of UK adults think that to protect the ocean we should buy seafood from sustainable sources.

There are great options to replace species currently being overfished. For example, a very underrated and certified sustainable fish is Cornish hake. It’s a member of the cod family and can be found in supermarkets in the UK. Another interesting species for seafood lovers to try is plaice.

The Big 5 dominate the national market which has led to more pressure on certain stocks – for example, cod stocks were significantly depleted, falling to 36,000 tonnes in 2006 (in the 1970s stocks reached 270,000 tonnes). However, the industry has agreed on measures to help regenerate the population – including halting fishing in spawning areas and utilising new nets. Marine Stewardship Council (MSC) has recently announced that North Sea cod stocks have recovered enough to be considered sustainable.

Certain seafood species flourish in certain areas depending on their preferred environment. For example, haddock is caught in the North Sea and off the West Coast of Scotland at Rockall – where cold and clear waters allow the species to thrive.

Find out the producers local to you selling high-quality fish and shellfish with our Foodie Guide to the Best Local Eats in the UK.