How To Design A Kitchen Layout

Few home improvements are as exciting as having a new kitchen installed, and after the house and car, it’s also one of the things people spend the most on. Which means that it’s essential to get it right. It’s easy to see why too. The kitchen is a place the whole family uses every single day, and it can be the centre of entertainment for family and friends too. With this in mind, there are a few things that you need to consider to ensure that your kitchen works for you, your family and friends.

Before we look at those however - an important note. When figuring out how to design a kitchen layout, it always helps to draw out your plans. Get a piece of paper, use online drawing apps, and even use to-scale pieces of paper to move kitchen elements around the space. 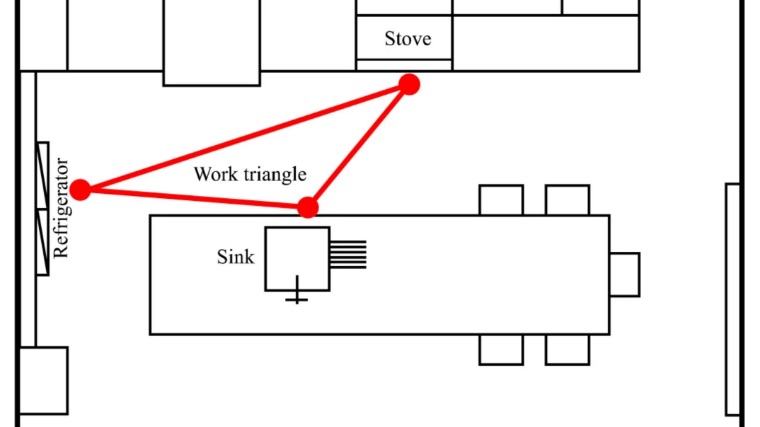 One of the best principles you can use for designing the perfect layout is using the concept of working triangles. This idea breaks up the kitchen and its functions into various points, and connects them to ensure practicality and aesthetics. If we think for example about preparing a meal, the three main contact points in the kitchen will be the cooking area, sink and refrigerator. In order to make food preparation easier, you’ll therefore want to make sure that these three areas aren’t too far apart, and are readily accessible. Professional designers will have rules for minimum and maximum distances between corners of the triangle, and will also seek to ensure that there are no obstacles. The idea is that by doing this, preparing meals will be easier.

And while the standard meal preparation triangle is a great rule of thumb, you can also use the working triangle to look at other things you do in the kitchen, and build the space around those. This is especially true for larger kitchens with a range cooker or multifunctional spaces. If you have a large kitchen-dining room for example, then you’ll probably want to break things down into a number of processes. There’s food preparation, which might involve the fridge, sink and a worktop; the cooking process, which might include worktops, the hob and oven; and even things like cleaning, which might include the dishwasher, cupboards and sink.

So when you’re creating the layout of the kitchen, in order to make sure that it’s truly functional, consider working triangles to ensure that appliances and other points of contact are perfectly placed. 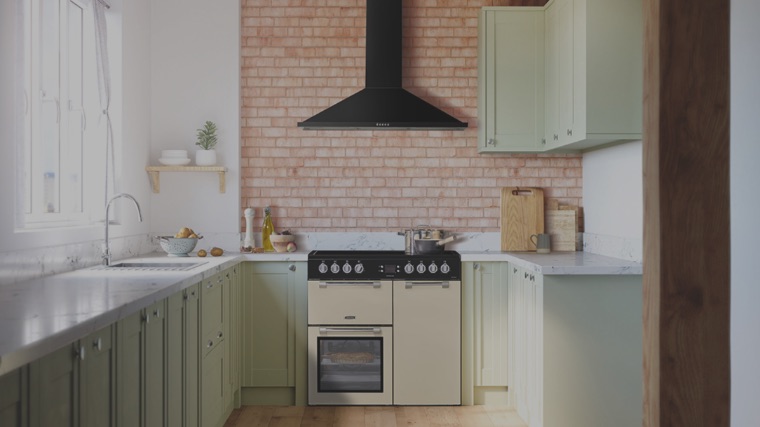 The shape of the kitchen will play a large role in how the kitchen is laid out. Working with the space is essential if you’re going to ensure that the kitchen is both practical and looks great.

Square and fairly even rectangles are generally the easiest shape to design for. They give you plenty of flexibility, and often have enough central space that allows for you to potentially plan for islands or peninsulas

L-shaped kitchens can be a little trickier - it helps to split them up if possible. Instead of seeing the space as an L, look at it as two rectangles, or a rectangle and a square, and build around this. Can you keep one section as the food preparation space, and another as an entertaining space? This is where working triangles help.

Finally, you’ve got narrow rectangles. These usually require a galley-style kitchen where the worktops and appliances run parallel to one another on opposing walls. While this type of kitchen isn’t as common in larger homes - particularly as it makes entertaining more difficult - it can be highly practical when cooking and baking. Many traditional houses will have been designed with a galley kitchen in mind, and it often helps to keep things this way. 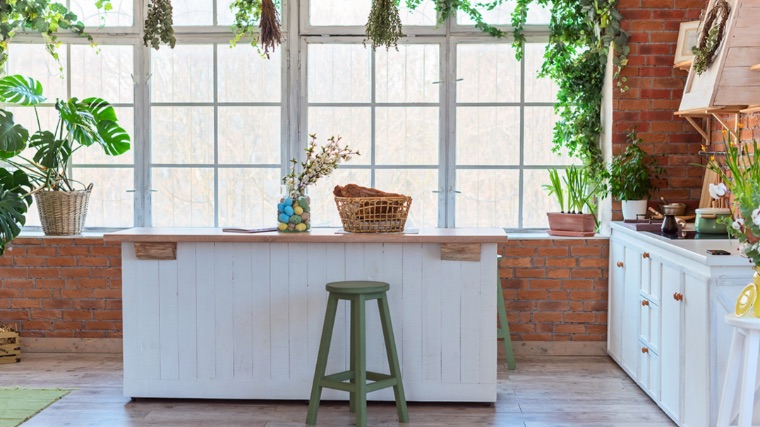 Kitchen Islands are one of the most sought-after design elements in modern kitchens. They give a kitchen an extra dimension of style, and can be functional too, whether they host a dining area, sink or anything else. But some thought does need to go into kitchen islands to ensure they’re done right.

What’s the difference between an island and a peninsula? Quite simply, an island is unconnected to any other counter, whereas a peninsula will jut out into the room from a connected counter. They both have their benefits, but as a rule of thumb, a peninsula is far easier to fit into a kitchen where space is limited.

The main thing to decide is exactly what you want the island for. Most commonly, they’re a place for people to sit and snack or chat - perhaps similar to a breakfast bar. This means ensuring that there’s space for seating, as well as the island itself. Having stools that can be stowed underneath is always a good idea. Often people look to bring some additional functionality to an island by having it house the sink or even a hob. 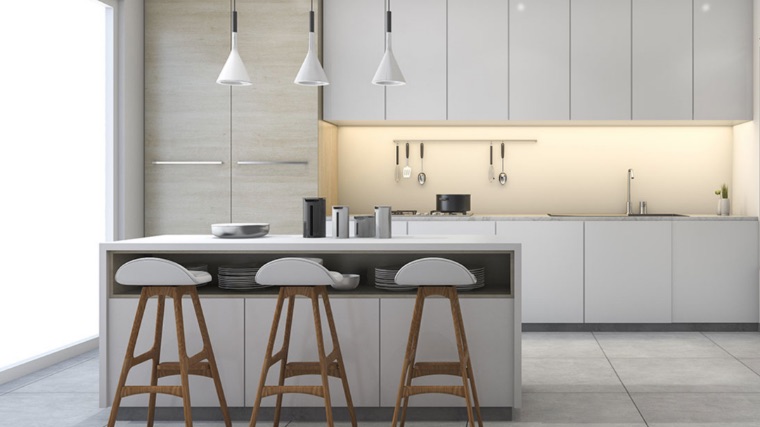 The concept of working triangles should help here, but the importance of creating space cannot be understated. You need to be clever to create space for three things: people, preparation, and items including food and appliances. People need space to move around the kitchen, especially if the kitchen is a high-traffic area in your home. Open space such as clear worktops is essential for preparing meals. And space to keep food and cooking equipment, particularly in an organised and tidy way, is equally important.

When planning out the layout, it’s all too easy to think in two dimensions rather than three. If you’re going to maximise the space that you’ve got, then you’ll need to think about height. Tall cupboards and shelving can really increase storage space, so you need to consider these in your designs. They’re also an aesthetic decision - too many tall cupboards, for example, can make a smaller kitchen feel closed in and claustrophobic. By opening up some of the space for shelving, you can create a larger-feeling space.

There are clever things you can do too, such as looking at how corners are used. They’re often wasted space, but by incorporating the right kind of cupboard or storage rack, you can ensure that they aren’t.

If you’re thinking of buying a new range cooker for your kitchen, you may feel overwhelmed by the choice on offer.

Where to start when you are going to remodel

Everthying you need for your Kitchen Renovation

Perfectly made with our range cookers

Perfect for the 21st century home-cook, this Cuisinemaster model combines fast and efficient cooking with a stylish, contemporary design, making it a striking centrepiece for any kitchen. 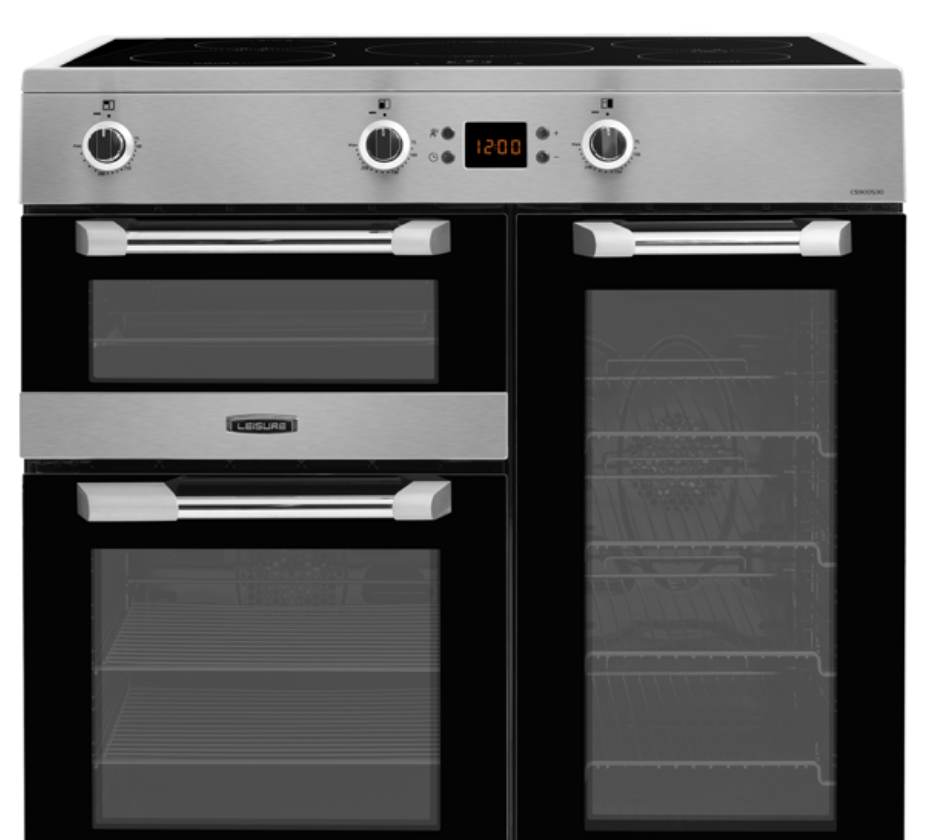