This batch of hot cross buns baked by @thelittleblogofvegan incorporates dried cranberries and orange zest for ultimate flavour while being the perfect texture. You won't buy the shop bought version again. 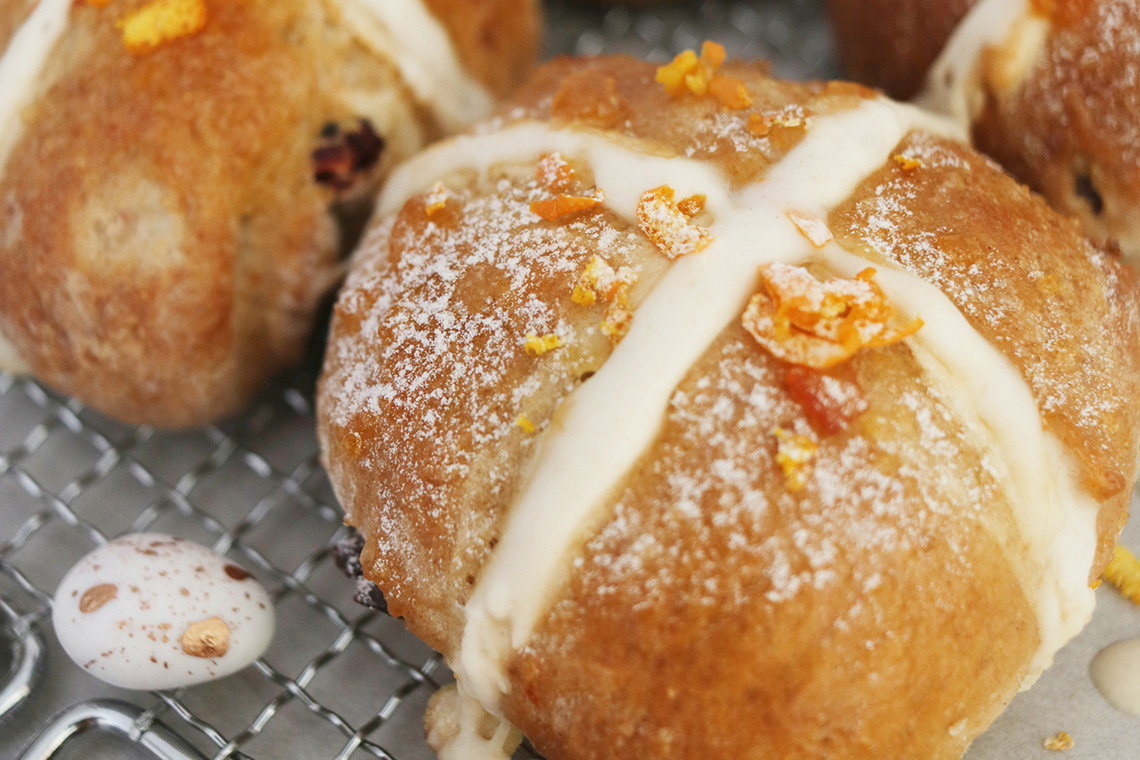 Gently add in the water, oil and dairy-free milk.

Mix until the mixture has formed into a sticky dough.

Knead the dough until elastic and smooth/shiny. This will take around 15 minutes.

Grease a large bowl with oil, pop in the dough and cover the bowl with cling film.

Place the bowl into a warm place and allow to rise for around 1-2 hours.

Once the dough has risen to double its original size, turn it out onto a lightly floured surface.

Divide the dough into 14 equal pieces, roll into balls and pop onto a lightly oiled baking tray.

Cover the tray with cling film and allow to prove for around an hour.

In the meantime, preheat your oven to 205°C and make the 'cross' mixture.

Place the water and flour into a bowl and mix until paste-like.

Transfer the mixture into a piping bag and pipe on some crosses.

Place the hot cross buns into the middle of the oven and bake for 15-20 minutes or until golden.

Gently heat the orange marmalade, while the marmalade is warm brush over the hot cross buns. Leave to cool and serve.

You’ll want a tall fan oven to do trays of buns for tea. Our three oven range cookers such as the Cuisinemaster and Chefmaster are the perfect size if you like to do a lot of baking.